“But the most exciting implication of the bus ticket theory is that it suggests ways to encourage great work. If the recipe for genius is simply natural ability plus hard work, all we can do is hope we have a lot of ability, and work as hard as we can. But if interest is a critical ingredient in genius, we may be able, by cultivating interest, to cultivate genius.

For example, for the very ambitious, the bus ticket theory suggests that the way to do great work is to relax a little. Instead of gritting your teeth and diligently pursuing what all your peers agree is the most promising line of research, maybe you should try doing something just for fun. And if you’re stuck, that may be the vector along which to break out.”

“It may even be that we can cultivate a habit of intellectual bus ticket collecting in kids. The usual plan in education is to start with a broad, shallow focus, then gradually become more specialized. But I’ve done the opposite with my kids. I know I can count on their school to handle the broad, shallow part, so I take them deep.

When they get interested in something, however random, I encourage them to go preposterously, bus ticket collectorly, deep. I don’t do this because of the bus ticket theory. I do it because I want them to feel the joy of learning, and they’re never going to feel that about something I’m making them learn. It has to be something they’re interested in. I’m just following the path of least resistance; depth is a byproduct. But if in trying to show them the joy of learning I also end up training them to go deep, so much the better.” 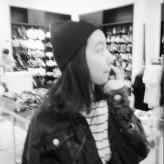